Home is where the pulse is.

How digital innovation is reviving
the home workout

Technology is fueling the emergence of a new breed of players within the fitness industry aimed at winning market share by redefining the in-home fitness experience. To stay in the game, fitness brands will need to continuously invest in innovation to meet rising expectations from consumers to find their role in this revival. And with the disruption of fitness routines by COVID-19, this has never been more true.

A lot is already happening out there. Take live-streaming as an example. Companies such as Peloton are repurposing the social aspects of a spin class by enabling consumers to feel that same sense of community spirit in the comfort and convenience of their own homes.

Peloton’s spin bike offers a multitude of live or on-demand fitness classes from the comfort of your own four walls. Classes are streamed in HD (from Peloton’s NYC fitness studio) through a 22” touch-screen that is mounted to the front of the bike in order to simulate the live experience of being in an actual class. It’s not uncommon for several hundred people to be participating in one class simultaneously – spread across the US but synced in real-time to the rhythm of one instructor.

Training has left the building

Live streaming is fast becoming a natural extension of the total fitness experience, especially as we look toward the aftermath of COVID-19. Fitness brands will need to look ahead and embrace the benefits of in-home fitness by extending their influence beyond the walls of the gym, and into the homes of their customers. ClassPass, a leading subscription platform for the fitness industry, is an example of a company doing just this.

The thrust of this member engagement strategy has been to build seamless integrations to live-streaming ‘workout’ services such as with Les Mills, enabling gym members to collectively participate in classes remotely as they would in the gym, thereby extending the gym’s reach. 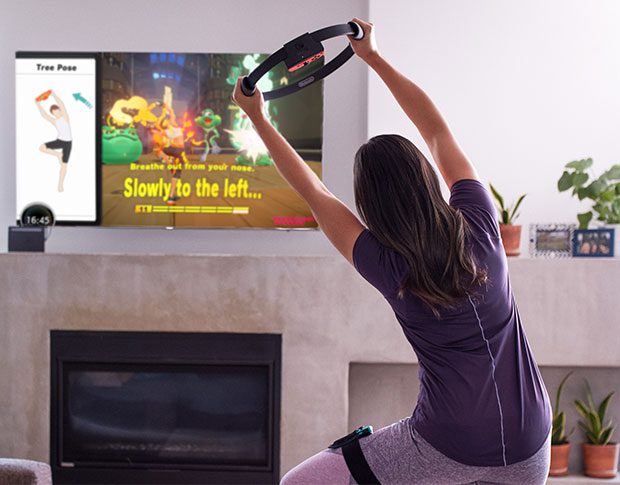 Technology’s influence on fitness goes beyond live streaming. The concept of “exergaming” (aka “gamercising”) is another trend that is luring people away from the gym.

Originally pioneered back in the noughties by the Nintendo Wii with Wii Fit, the idea of combining fun and fitness has since been adopted by more game console manufacturers. The newer versions of this genre feature games that disguise exercise through role-play (or dancing) in order to attract people who like the idea of getting fit, but might find the process a bit of a chore. Nintendo’s latest venture, Ring Fit, uses a unique hand-held controller to track players’ movement as they role-play their way through a fantasy adventure where achieving goals are the currency to keep people motivated. 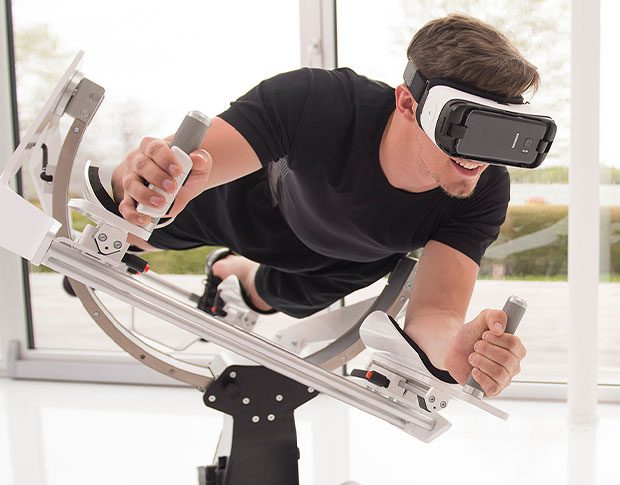 In parallel,  the commercial success of Pokemon Go has been paving the way for new breeds of AR/VR offerings designed to take exergaming to the next level. Icaros is an example that uses VR to simulate the experience of human flight in order to distract people from the painful reality of having to hold a plank position to stay aloft.

In terms of its potential to innovate, socialize and shape the fitness experience of the future, I feel the potential of exergaming to drive in-home fitness has only scratched the surface.

Many gyms rely heavily on the quality of their instructors and trainers. These brand builders and “faces of the company” may see some serious digital competition coming their way. In addition to biometric data, wearable motion sensors and advances in computer vision technology are fuelling the emergence of virtual coaches.

Fitness apps like Racefox and SHFT use voice technology to set targets for running enthusiasts (‘increase your steps per minute’), provide corrective feedback (‘extend your hips and shorten your stride’) and motivate (‘great work! You are within your target zone – keep pushing!’). All this is enabled by a wearable motion sensor that is paired to a phone or smartwatch – which in the case of Racefox, comes in the form of a belt.

MillieFit represents an exciting emerging category of virtual coach that uses computer vision to observe the physical movement of its users. At home, you can sign up to a one-on-one class with Milliefit’s avatar (aka Millie) via your smartphone or tablet. Millie leads classes by example, demonstrating exercises and giving real-time, corrective feedback related to movement, technique and posture. Workouts can be tailored on a daily basis with ultra-personalized fitness programs designed to help you achieve your goals. Still in its infancy, Milliefit has yet to reach the mainstream, but its potential in home fitness is clear. 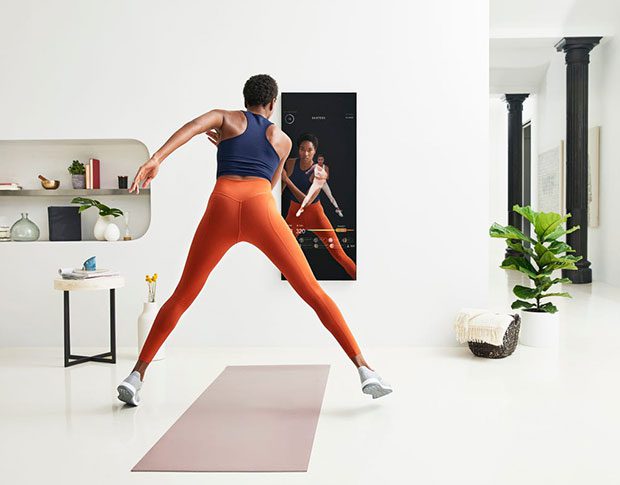 The idea bears similarity to Mirror, a product growing in popularity in the US. Mirror’s full-length wall-mounted reflective display offers a variety of workout classes for the home. Like Millie, workouts are led by a virtual coach, although at this stage Mirror’s virtual coaches do not yet have the built-in intelligence to interact with users (although it would clearly make sense if they did). It’s going to be interesting to see how Mirror chooses to grow its brand, perhaps by means of AI, or live-streaming, or both.

An unprecedented moment for disruption

Like all industries, the fitness industry is in the midst of a digital transformation, or maybe even a disruptive one. Home fitness has suddenly become a very prevalent issue. In the last few weeks, live-streaming fitness services have witnessed a surge in demand as people seek new ways to stay in shape under quarantine and this is paving the way for new industry disruptors (such as those mentioned above) to gain a better grip on the market.

Perhaps there has never been a time like now where established fitness brands, such as fitness clubs, apparel brands and equipment manufacturers, are so vulnerable to disruption. But with change comes opportunity. The time to innovate is now and there will be new winners and losers.

Augmented communities, exergaming, virtual coaches – what do these emerging technology trends mean for your business? How can you tap into them to create new market opportunities? At Star, we have a dedicated team of digital fitness experts who are eager to help. 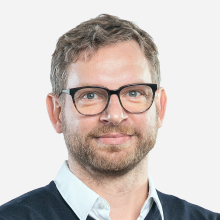 Check out the list of healthcare companies that respond to the COVID-19 pandemic by releasing critical services for providers, patients and scientists during this unprecedented time - many for free.
Read more
April 15, 2020

Flutter. Through challenges to the stars

Star Experts talk about how to use Flutter to build meaningful applications and digital solutions.
Read more