A decade ago, banks were the single point of contact for customers. If you wanted to deposit funds, transfer between accounts, or do just about anything other than check your balance, you usually had to go to your bank in person.

Since then, banks have evolved their distance services while extending their digital services product line. There are now very few things, including opening accounts and credit card signup, that require you to ever step foot inside a branch. You can do just about everything from your smartphone or computer.

But few financial service providers, particularly smaller banks, were ready to embrace this transformation so quickly while simultaneously delivering excellent user experiences. Creating effective apps requires investment into a user experience team, R&D, development, and more to create functional, stable and user-friendly ecosystems. All of this takes a massive budget that typically only the largest players can afford.

In this symbiotic relationship, larger banks can offer their services to a wider audience, while Fintech companies build their platforms on this solid foundation. This has set the stage for a wide array of innovations. From hubs like Mint, where you can track all your finances, to enhanced credit research that helps SMEs access credit more easily, Open banking’s applications are endless.

Open banking is set to transform the finance world. Learn about this tech and how companies of any size can use it to serve their clients more effectively.

The current context: screen scraping and its risks

Before we dive into Open banking, we must briefly discuss one of the current issues plaguing fintech apps—screen scraping.

This approach traces its origins to companies that operate in legal grey zones. Although purportedly implemented for the end user’s benefit, most of these apps use this technique to pursue their own data collection and other purposes.

Screen scraping allows apps to access user financial accounts and pull bank data from them as if it were these users. Unsurprisingly, this is incredibly dangerous for users because it does not track who actually accessed the account information.

Concurrently, the screen scraping app also stores the account holder’s login ID and password data. If a data breach occurs, then these credentials may fall into the wrong hands. Further increasing the security risks they pose to consumers, these systems cannot use two-factor authentication or biometrics for login.

High security risks, data collection, not to mention inefficiency, what could be less sustainable for both your company and your users than that? 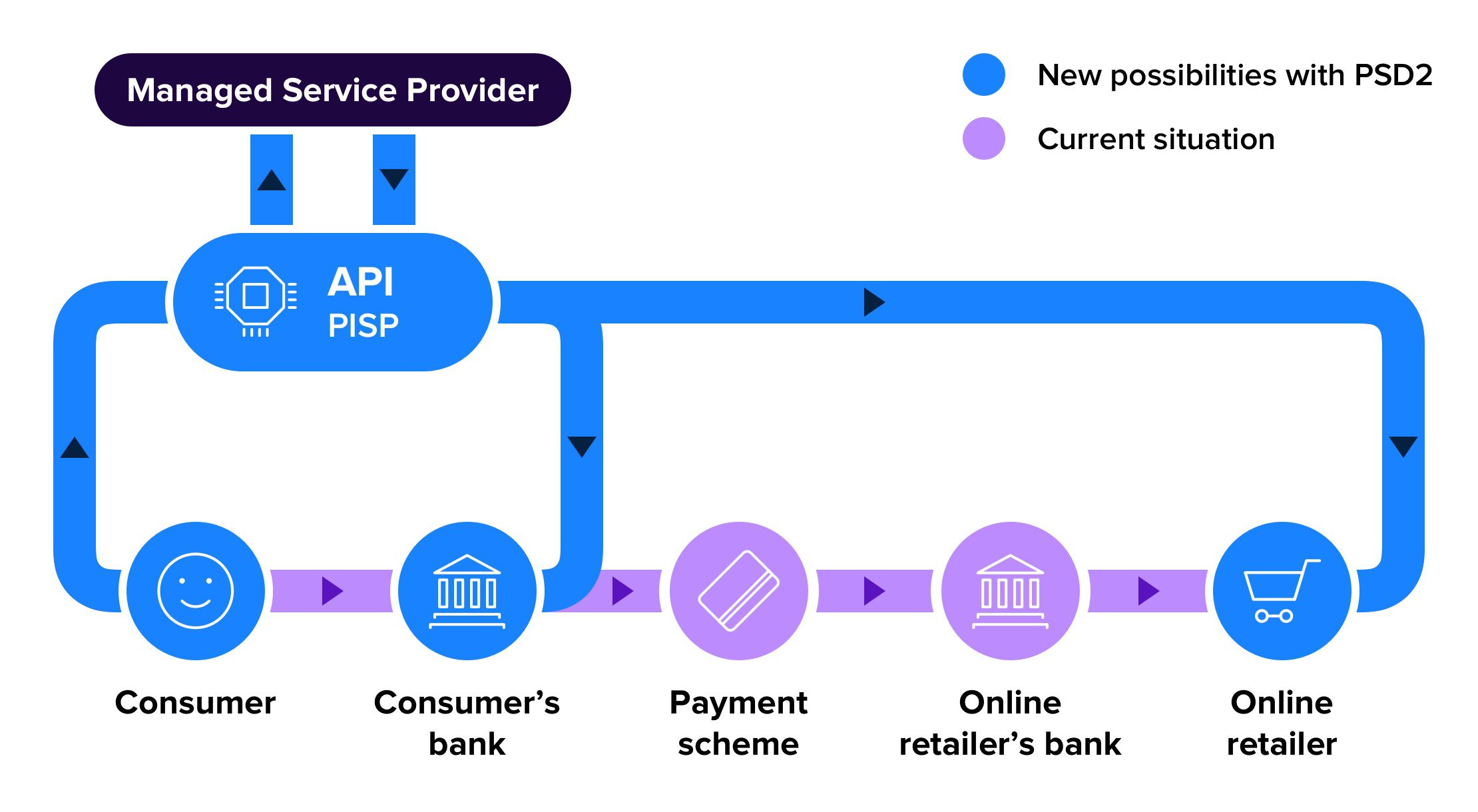 Creating an Open banking API is the secure and compliant method of granting third parties (other vendors) access to your services and Core Banking system.

What does Open banking API mean?

What is an API? An API or Application Programming Interface is a common tool that enables software to interact with other software. For example, Skyscanner’s popular travel portal is an API that communicates with all the other travel sites like Expedia, Priceline, and Orbitz, connecting you with a list of the best-priced flights from all the different travel sites.

The same type of software can also be used in finance. With Open banking APIs, a regulated financial institution allows third parties to interact with entities such as users, accounts and transactions via a set of standardized APIs, based on extra logging and security layers such as Strong Customer Authentication.

This means Company X can create an application that allows the end-user to open a bank account or perform another financial transaction at Company Y.  In turn, Company Y has supplied a list of APIs which Company X has successfully implemented as its middleware software.

There are already numerous real-world applications of Open banking. For instance, HSBC built an Open banking API and then developed the Connected Money app on its base in the UK to deliver new customer experiences to their users. This app allows customers to view bank account data along with loans, mortgages and credit cards from one dashboard.

Opportunities for Open banking are rapidly expanding around the world from connecting Siri to Paypal to the extraordinarily popular Mint app, check out where the global industry is headed below.

Find out about potential benefits of open finance. Contact the Fintech expert at Star to discuss more

Adoption of Open banking is on the rise. Here’s a look at some of the regions and the activity happening there:

Europe is leading the worldwide charge to embrace Open banking. In 2015, the EU Parliament adopted a revised Payment Services Directive (PS2D) to promote the development and utilization of online and mobile payments via Open banking protocols.

When the law came into force in 2018, it obliged banks to support Open banking APIs that would allow third-party programmers to develop products and services for the financial institutions. Although widespread adoption has been slow, over 200 FCA-regulated providers in the EU have enrolled in Open banking.

As of May 2020, every licensed financial institution in Europe is required by law to have a list of APIs.

The US Federal Reserve recommends that the market should move away from screen-scraping to, instead, use more secure APIs. However, the United States has neither established nor agreed to standards on these interfaces. While policymakers may agree on its importance, comprehensive Open banking reform will likely take a few more years.

Nonetheless, several major banks, including BBVA, Citi and Capital One, have taken a proactive approach by making their API available for access to developers and fintech firms.

Starting from July 1, 2020, the Big Four Banks (ANZ, NAB, CommBank and Westpac) were legally required to make customer account information available upon request. In phase 1, credit and debit cards along with deposit and transaction data were included with mortgage and personal loan following on November 1, 2020. Other financial institutions outside the Big Four must provide access to Open banking data by July 1, 2021.

The Monetary Authority of Singapore (MAS) has released a playbook with API standards but has made adoption by banks voluntary. 86% of financial institutions plan to use Open APIs to enable open banking in the next 12 months.

Japan’s Banking Act was amended in June 2018 to promote Open banking. 130 of Japan’s 140 largest banks have plans to move toward Open APIs by mid-2020. 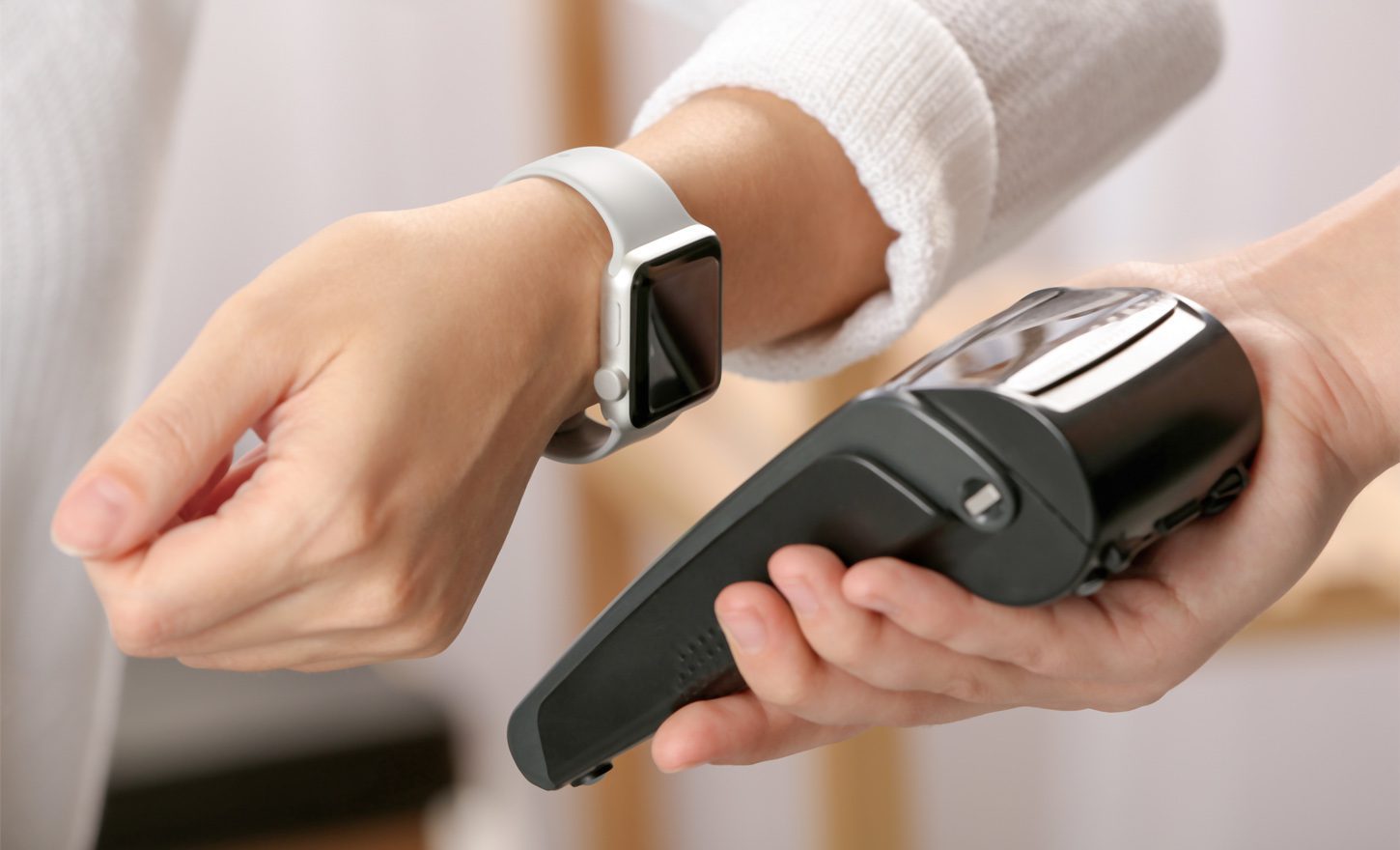 Looking at the worldwide regulatory environment and varying degrees of Open banking adoption, these things are clear:

Financial institutions have the largest incentive to adopt Open banking because they only need to invest in the basic APIs that represent the foundational interaction with the Core Banking or card system, meaning reduced associated front-end, UX team and research costs.

Any third party, authorized by a financial institution, can take these APIs and provide new additional services on top of them or reinvigorate typical service offerings. Effectively banks still receive all their commission since all transactions are conducted through their systems just via an external interface.

If you are a bank and want to develop an API – Star can help you to figure out the most popular usage scenarios for your Core Banking system, identify regulatory obligations and build a standardized set of APIs that you can deploy to achieve Open banking goals.

20% of Americans already are banking with neobanks. From lowering fees to enhancing user experience and integrating new technologies, neobanks are revolutionizing personal finance.

According to the World Retail Banking Report 2019, ¾ of tech-savvy customers use at least one financial product provided by a technology giant. The report further stresses that customers are dropping away from traditional banks for several reasons. 70% are leaving because of the lower costs provided by neobanks, 68 % by great user experience provided by digital products, and 54% need faster services in finance.

Neobanks and other third party vendors capture on this massive opportunity in the market by providing rich and intuitive experience or new services on top of classic ones taking banking into the digital age. 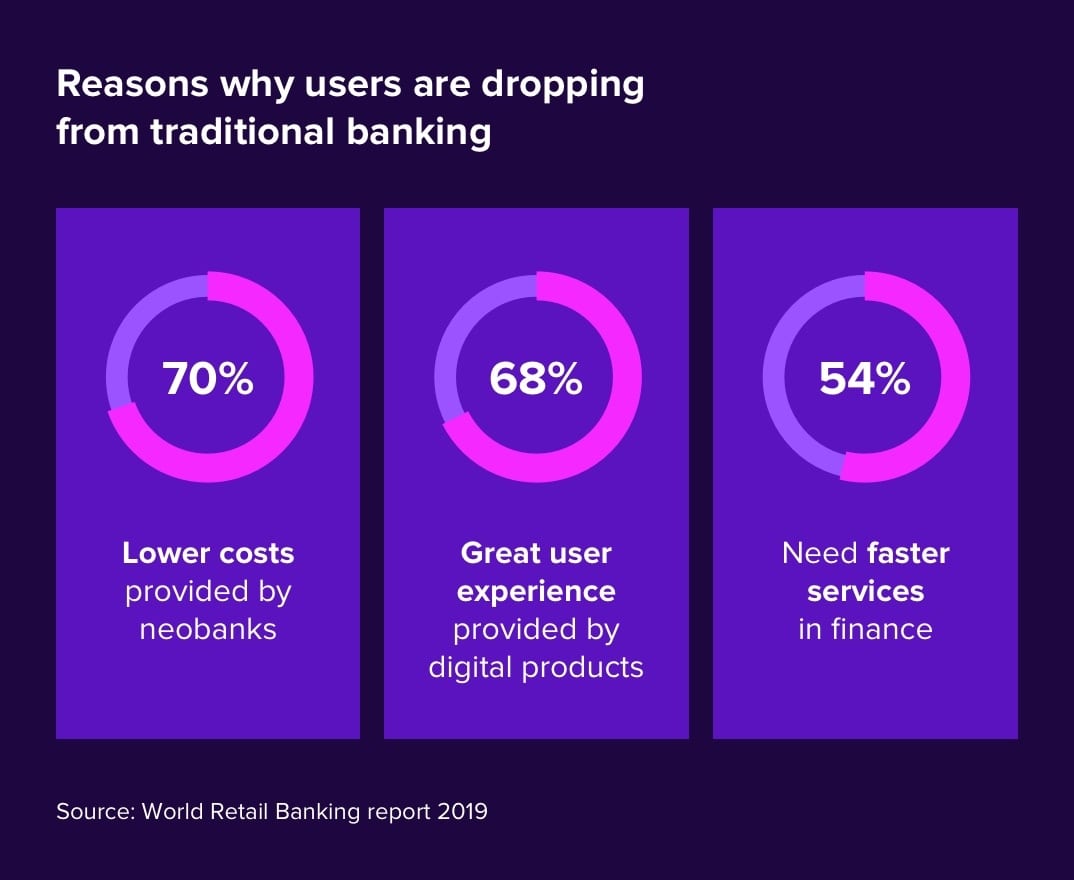 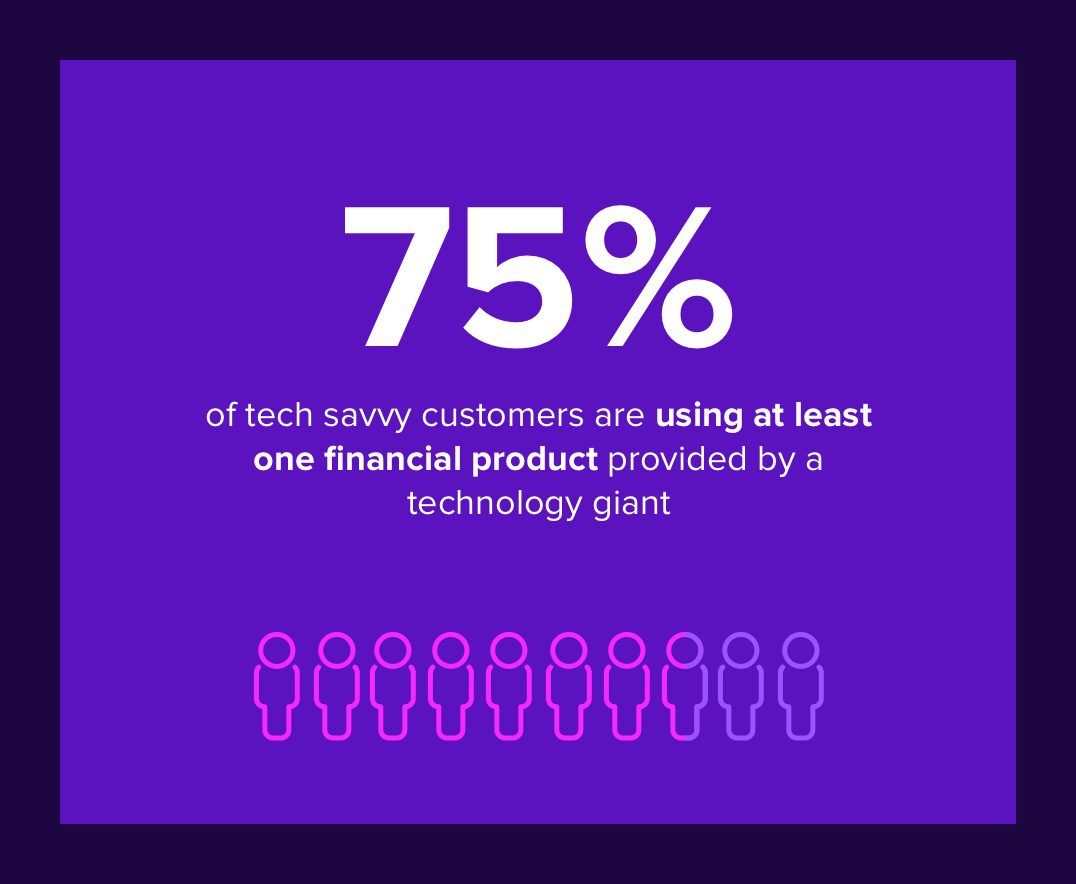 Neobanks do not own banking licenses. Instead, they’re often built on top of classic banking infrastructure and connected via APIs. Although we can expect the explosive growth of neobanks to only continue over the next few years, it is still imperative they develop intuitive platforms for Open banking to scale to a dominant market position.

If you’re interested in establishing a neobank or enhancing your existing platform, Star can help you identify the road to success, including building use cases and the Core-Banking system components required to get your platform up and running.

From here, we can help you select the right financial institution partners and build an integration with their Open banking set of APIs.

The potential for open banking is endless. Here are just a few of its other uses:

How will you embrace the Open banking revolution?

For the past decade, Star has delivered design-driven solutions across a wide variety of industries across FinTech, Consumer Electronic & IoT, Automotive & Mobility, Health & Wellness and other sectors.

We leverage deep experience and insight into Fintech and traditional finance along with relevant cross-sector expertise to build intuitive financial products, apps and services complete with rich user experiences and robust functionality.

Contact the Star FinTech team now to see how our experts can help you build your groundbreaking financial solution.

Liza Veretennikova is Product Manager at Star with over 5-years of experience in technology consulting, startups and FinTech. Before joining Star, Liza completed a successful FinTech global product re-launch and re-branding that reached over 3 million customers in the EEA, APAC and US markets. As a member of Star’s FinTech team, she provides industry expertise and helps customers around the world better understand the ecosystem and find new opportunities to streamline product growth.

A story of an enterprise that changed

Find out the telltale signs that your company’s enterprise software is losing market relevance and what steps you can take to modernize your product.
Read more